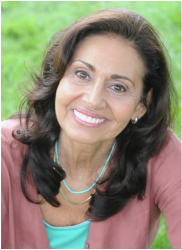 As a professional performing artist in theatre, film and television for over 40 years, Patricia has been providing personal, professional coaching and personal mentoring to the young professional who understands the indispensable value of guidance to help shape their career.

'My personal, professional experience has made it abundantly clear how vital relationships are in the formative years and at every level of career building. I feel a compelling passion to give back by pouring into the lives of young hopefuls to help them avoid the pitfalls of inexperience and offer guidance that will have a positive impact as they make career-building decisions.'
Patricia Mauceri, trained at The Juilliard School in the Drama Division's early years alongside such actors as Patti LuPone, Kevin Kline and Kelsey Grammer, has been blessed to work as a performer for about 40 years. She appeared on Broadway in The National Health replacing Rita Moreno, in Othello with James Earl Jones and Christopher Plummer, and Death And The Maiden performing the role of Paulina with Richard Dreyfuss and Gene Hackman; and in films such as Die Hard With A Vengance, Don Juan De Marco, Don’t Say A Word, Boss Of Bosses and Freedomland. She has enjoyed performing in numerous Off-Broadway productions and television episodics such as Royal Pains, Law & Order, Sopranos, 100 Centre Street, Now & Again and Rescue Me. She is most known for her role as Carlotta Vega, which she performed on ABC's One Life To Live for 14 years. Many thanks to the Lord and her colleagues for the opportunity to direct The Crucible at Masterworks 2007, where she's been on staff since 2005. She was delighted to have served on the Board of Directors of Intermission NY. Patricia attends Times Square Church in New York where she has participated in short term missions to Cuba and Columbia and is part of the Counseling Ministry, Friday Night Ensemble and Military Ministry. She lives in New York with her son, Alexander, and continues to seek the Lord to lead her as He desires so that He may glorify Himself.
Powered by